"At first, there’s nothing but a number of ropes hanging down, plus a few props. But, as the Mariner introduces himself and sets the scene in our imagination, painting the time and place with his words, he unpacks raggedly improvisational sails from a trunk and rigs them up." --Killian Malloy, WBUR 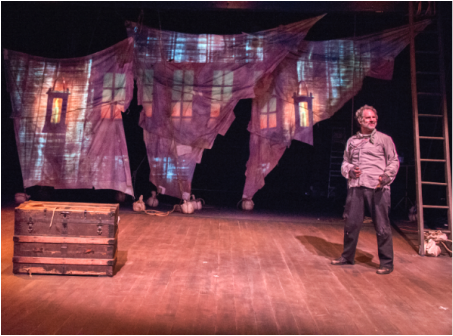